The Castle provides a unique opportunity for wedding photos in a way many venues cannot. Louisiana Castle is a "true castle" by definition. The original owner and planner of the Castle, Dr. Belcher, had his concept in mind, and his desire was to build a castle in the fashion of an English Norman (keep) Castle. Eighty yards of concrete with 3,000 blocks for the foundation, an additional 85,000 bricks for construction, genuine arrow slits in windows, all with no construction blueprints, and a true castle was built.... over many years and much sacrifice. (Be sure to read Dr. Belcher's story.)
The interior of the castle has genuine artifacts located in the main Keep including King and Queen chairs in the Throne Room. The Castle is adorned with swords and crowns, and the chandelier and lights come from castles in England and Wales. Arrow slit windows were designed in the dining room, because, it's a real Castle! This is where our ancestors fought the enemy when under attack! It wasn't until years after designing castles that gunpowder was introduced. Some walls in Louisiana Castle are 2 1/2 feet thick. 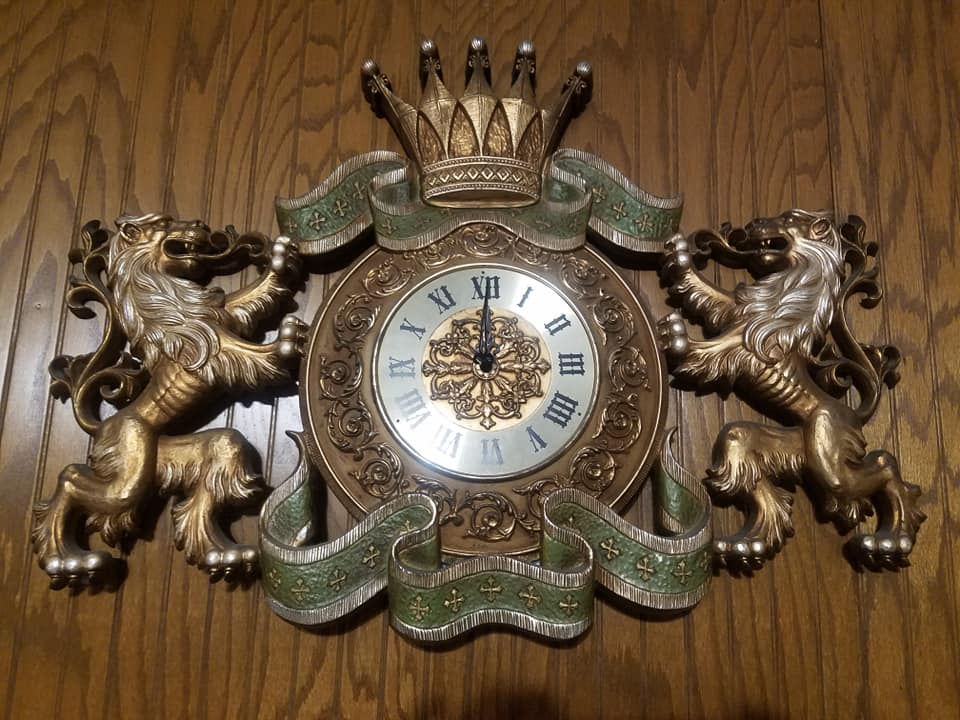 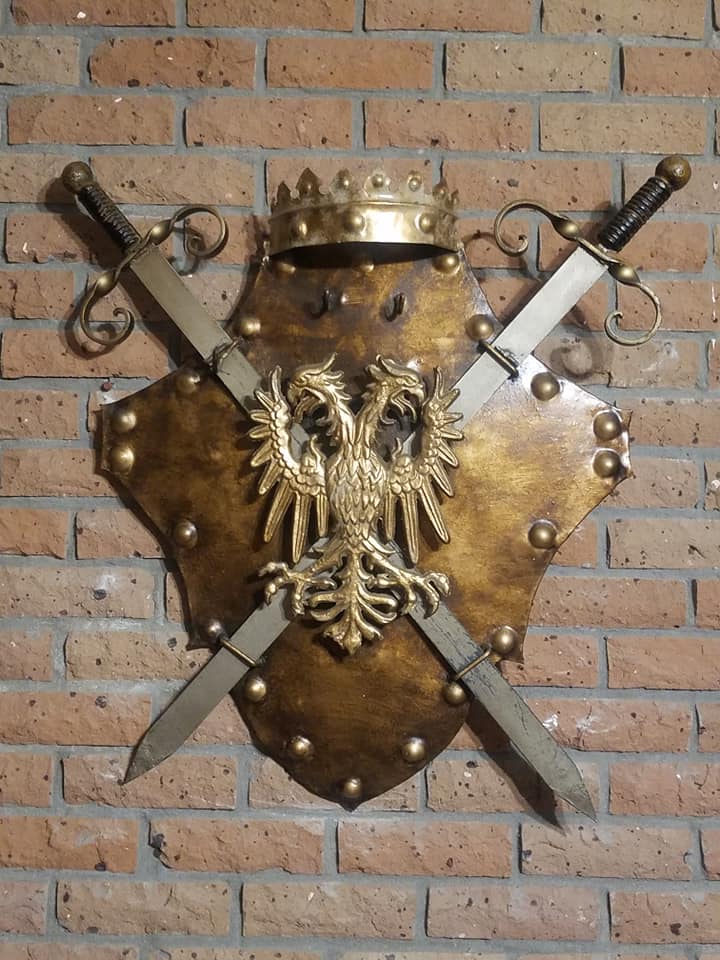 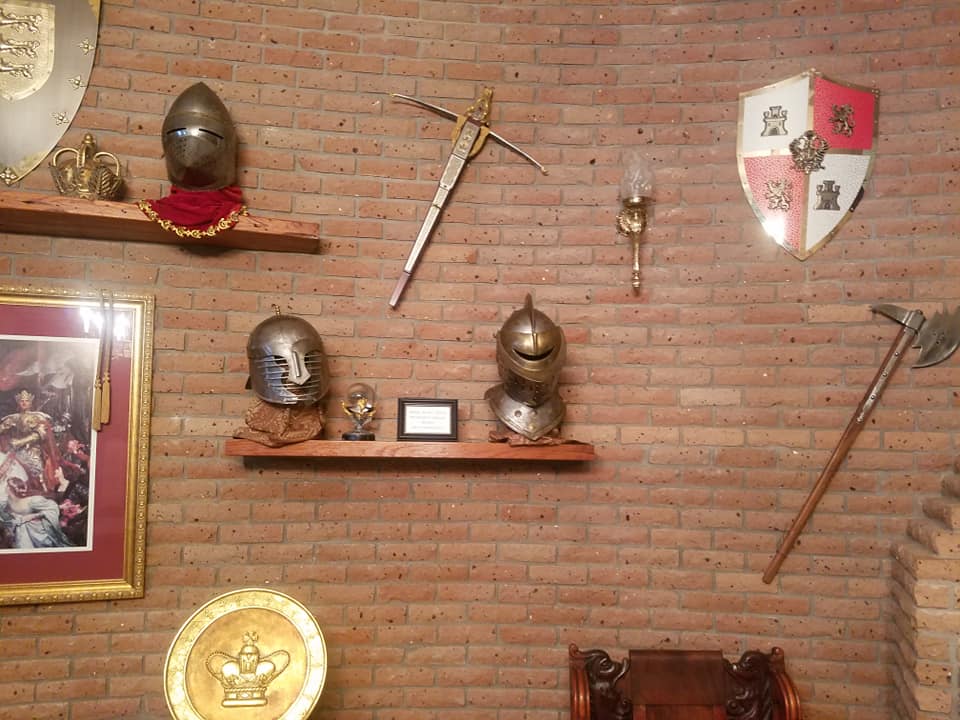 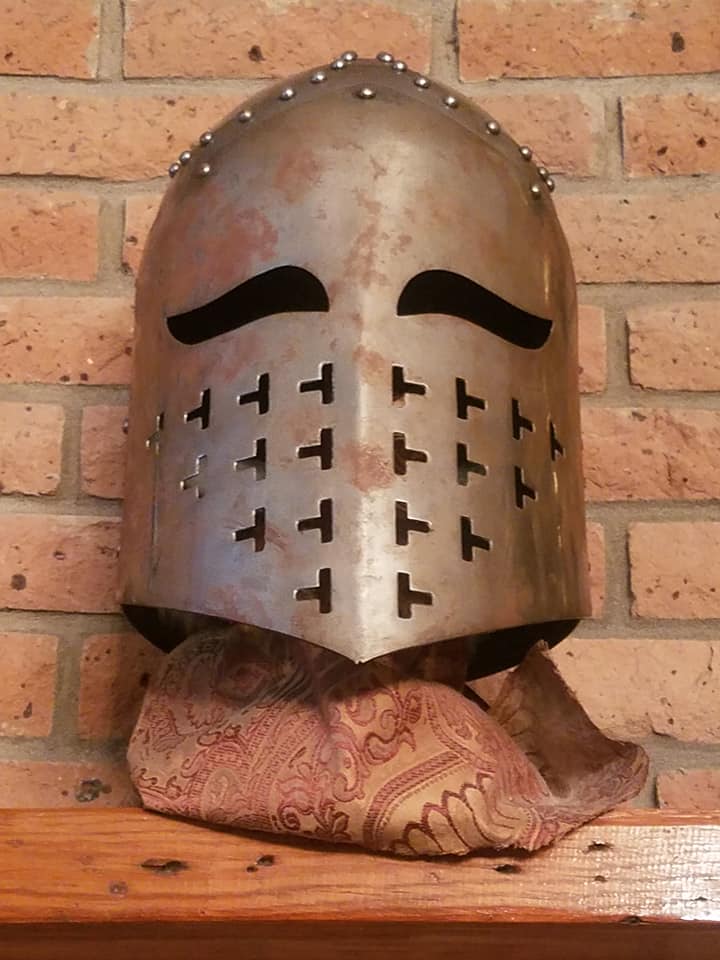 And so you know the history of castles, they were not designed to be lived in permanently the way Dr. Belcher intended in his love story.  Castles were a status symbol for important people long ago and they were made for protection. This is why most Castles had moats, or a large body of water or large dry ditches surrounding them. Moats were designed to keep the people out, especially since the gate, or gatehouse, as it was referred to long ago, was often the weakest link in a Castle's design. The "moat" at Louisiana Castle won't keep the enemy away, though. It's merely beautiful scenery for the Ceremony and makes gorgeous photos for our Couples and their Guests. ​ 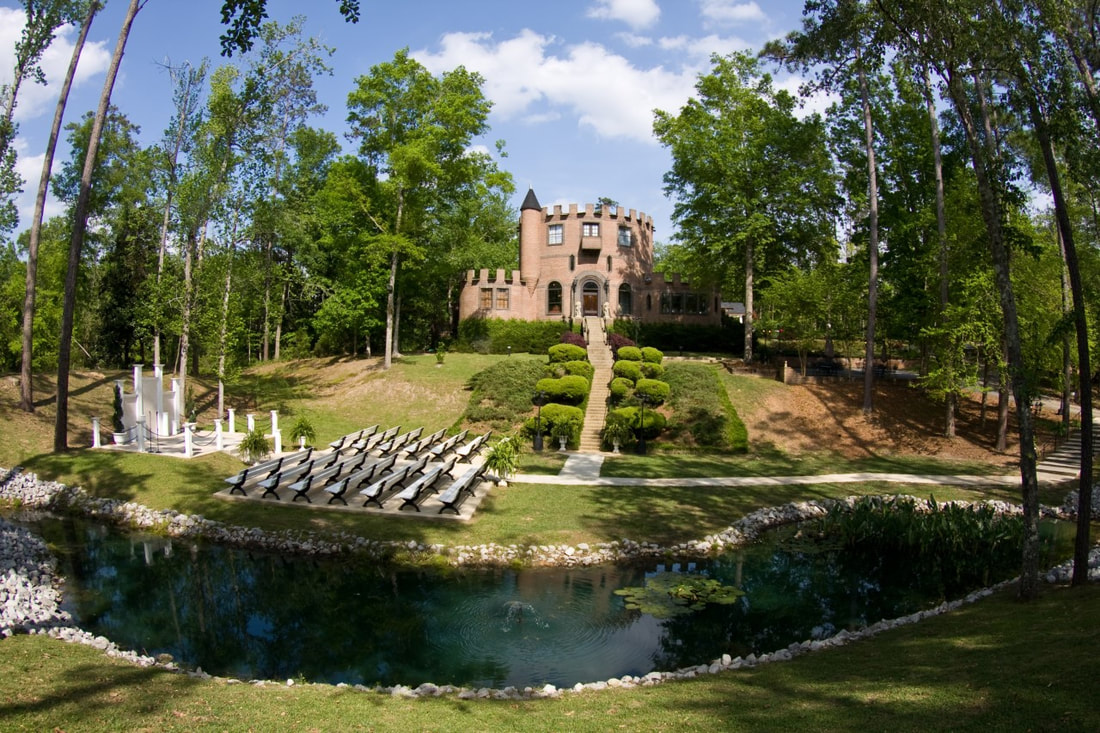 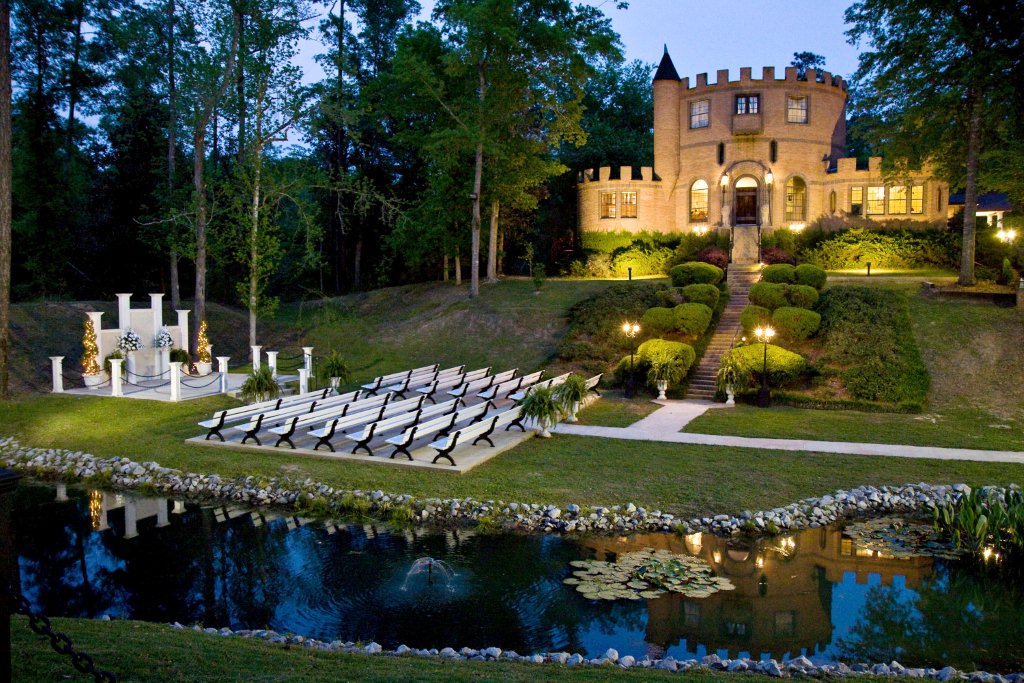 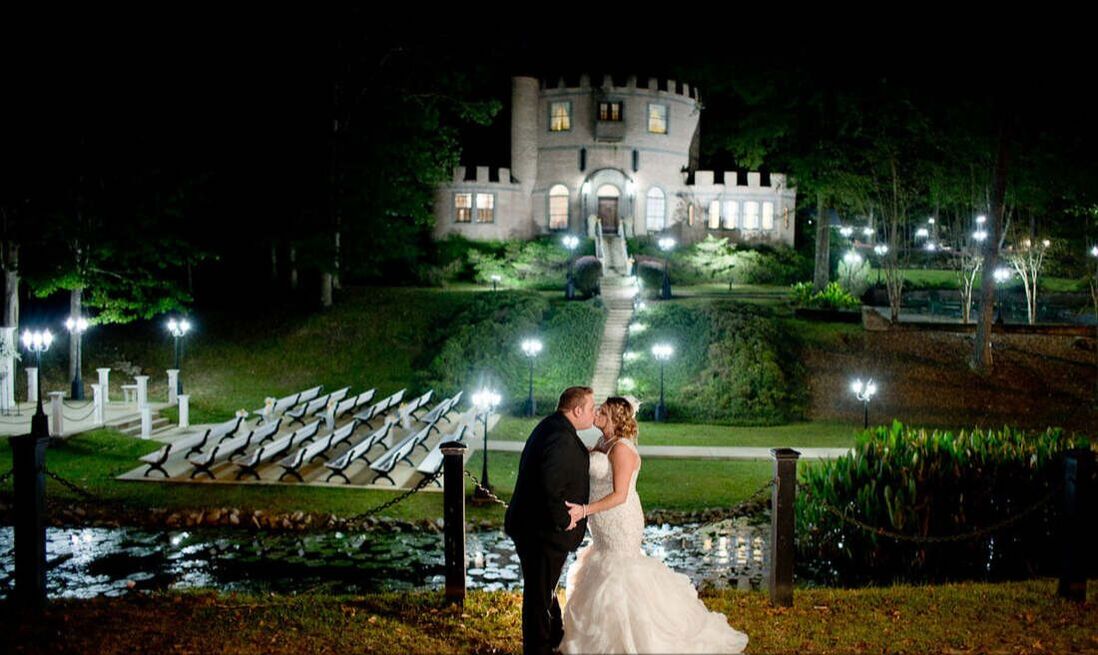 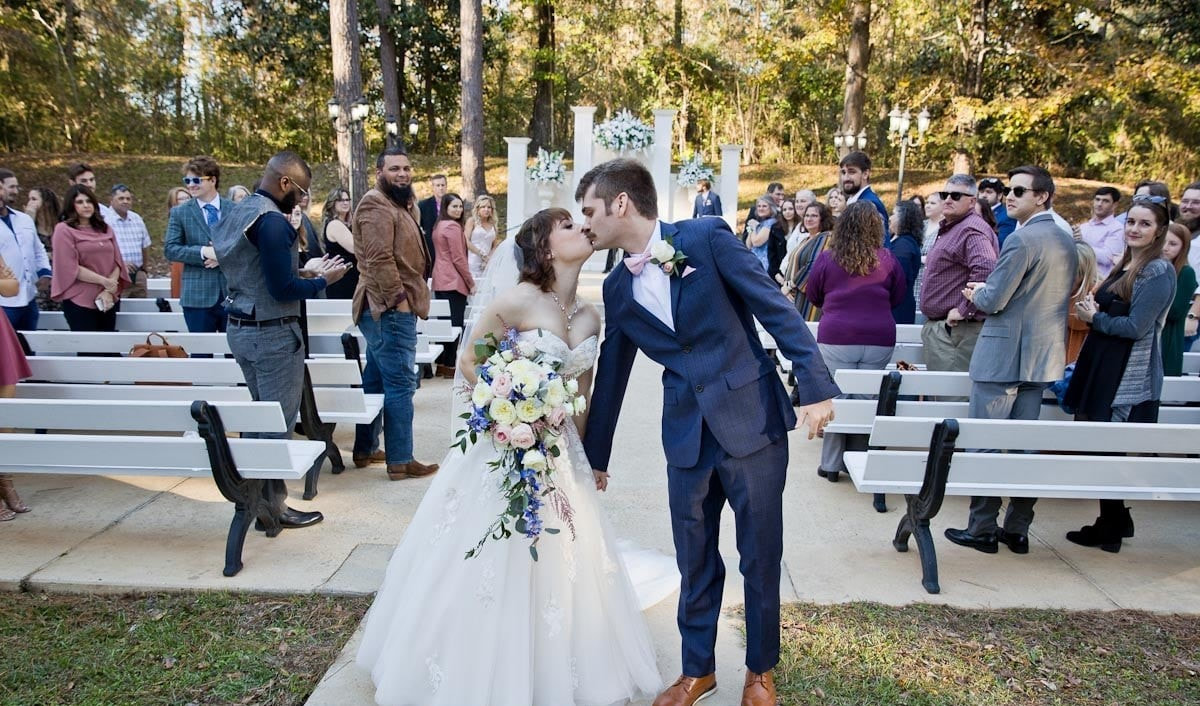 After the Bride and Groom make their exit from the Ceremony, pictures are taken with the Wedding party. These pictures can be inside, outside, or a combination of. We cannot stress enough to select a photographer you communicate well with and that you and the photographer have a plan.  It is difficult for photographers to capture every moment without a plan of action. Should you have a wedding with 150 Guests or more, the photographer may discuss having a second shooter.
ONE MORE THING........

Getting married in the United States is easy when you are a resident of the United States. But with destination weddings on the rise, be aware, one issue we have heard from travel agents and Couples is how difficult it can be to get married in another country. IE: Some states in Mexico require blood tests for the Bride and Groom, and in some cases, Costa Rica requires marriage classes. 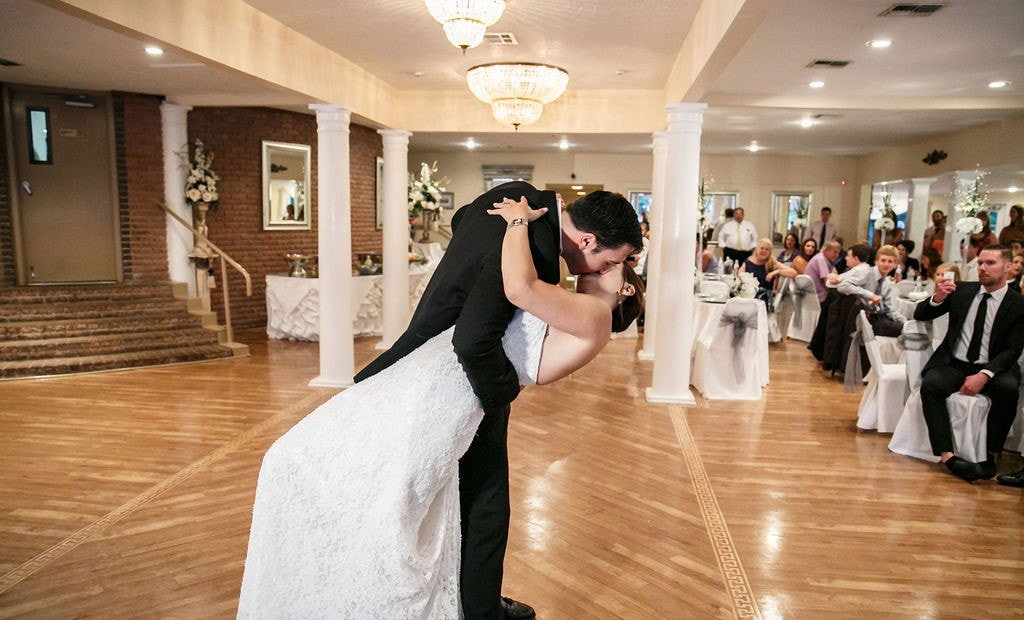 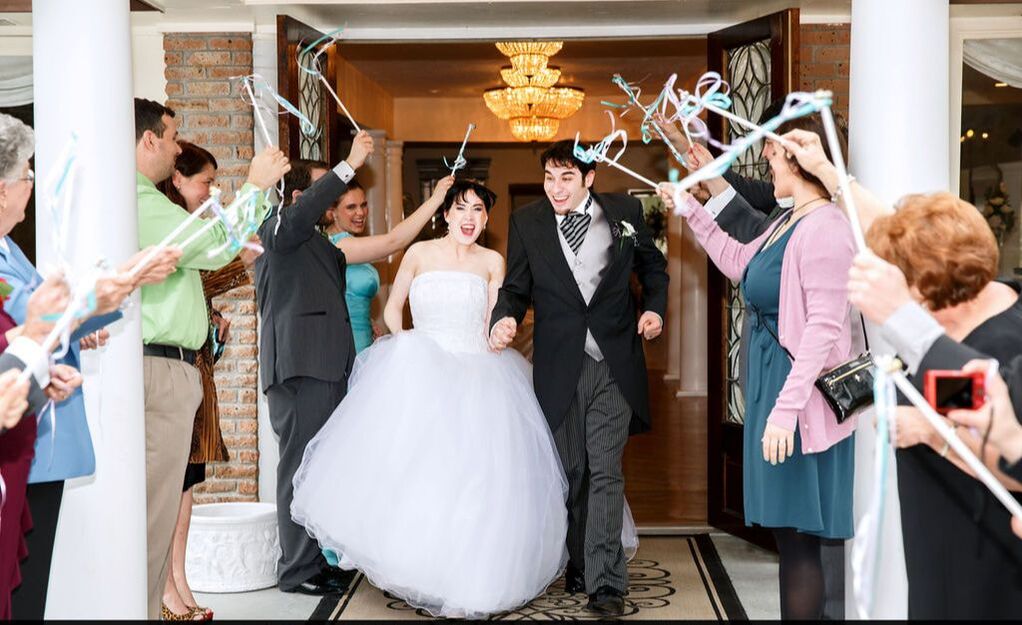 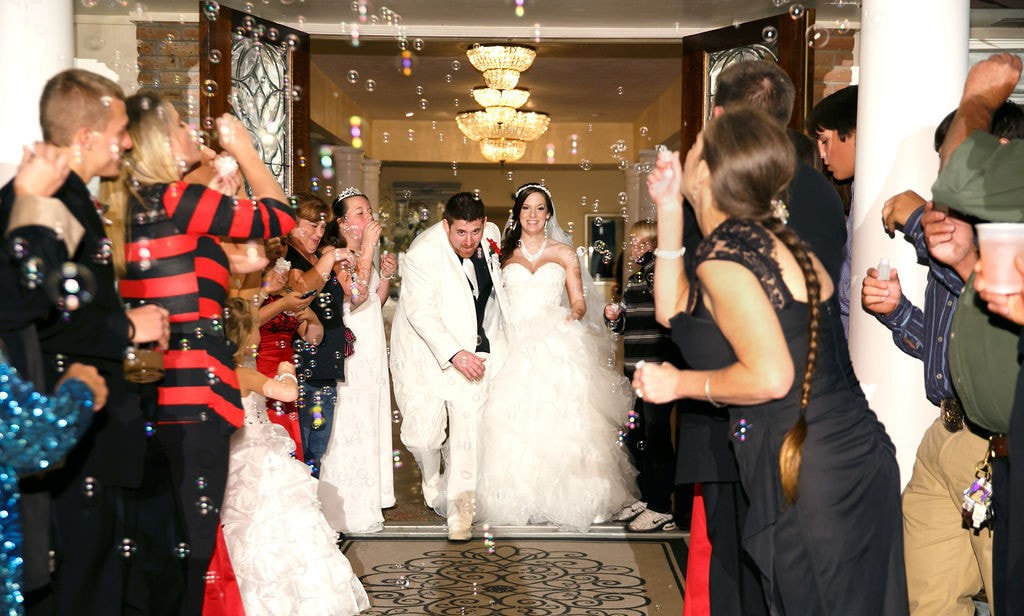 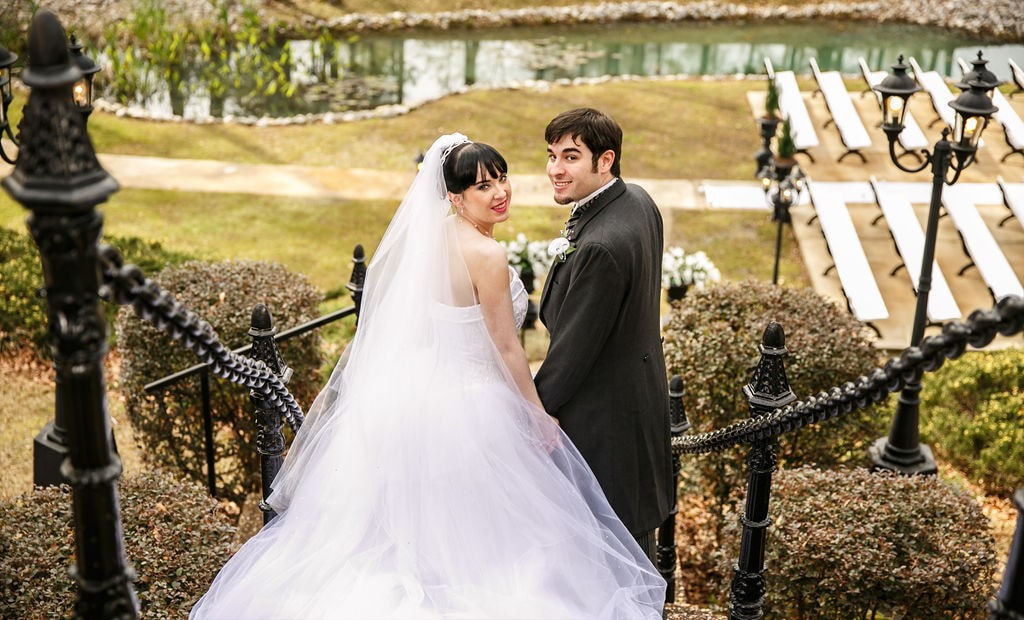 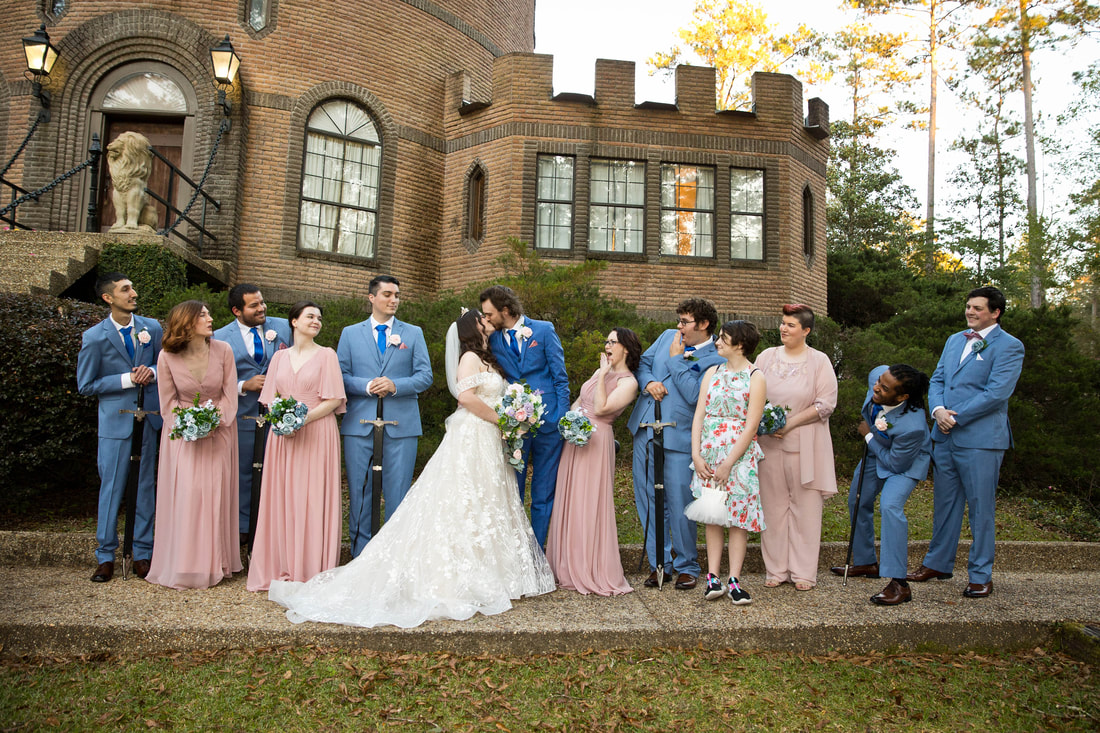 And we saved the best for last! The Bride coming down the steps for her grand entrance! 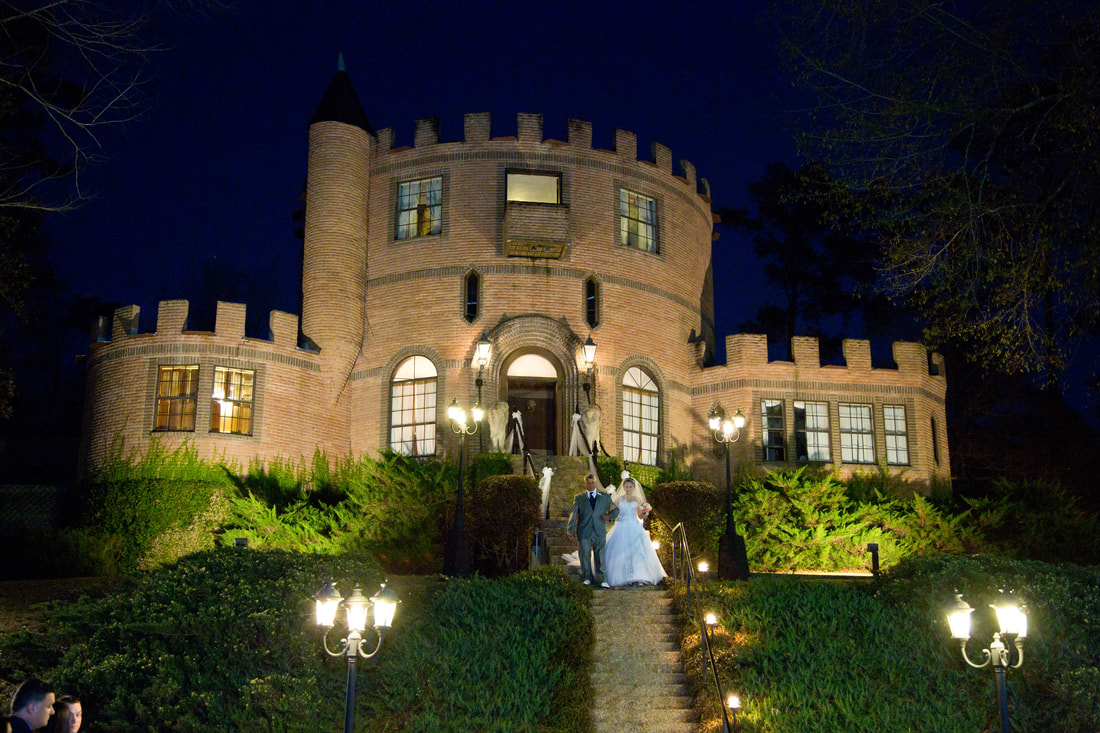 As the rose petals cascade down on the bride, all eyes are upon her. Her loved one awaits in anticipation as she makes her way slowly to him. The two are vowing to connect their lives together, forever.....But in that moment, the Groom finds it hard to catch his breath.
How do we know the Grooms are mesmerized by their beautiful Bride walking down the stairs? Because we found the evidence!
A special Thank You to Welch Photography and Video and North Photography, for supplying us with the majority of pictures on this site. And thank you to our beautiful Brides, dashing Grooms, and their Wedding parties. Without you, The Castle is only a building. You are the ones who transition The Castle to the magical essence we have come to love!  We are in pursuit of more awe-striking pictures from picturesque weddings at The Castle. Please fill out the Photo Release Waiver in the footer so we can showcase how majestic your wedding was! ​
Our apologies. This page is still under development. Check back soon to view pictures of Brides being escorted down the steps, the Castle Ballroom, Special Dances, and more!